How can we help you today?

Having problems with your Presto Logic?  You may be trying to do too much at once!  Read this article to learn how to handle complex situations in the simplest way possible.

Presto Logic is often used to control the flow of a survey through a series of decision points: if a question is answered a certain way, show another question, and if that question has a certain answer, show a third question.

Here's an example of a survey where we want the survey flow to "cascade" in this way: 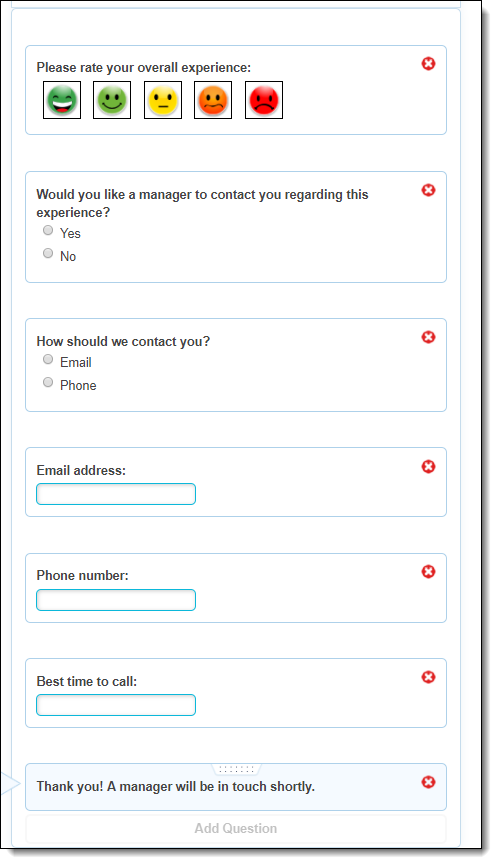 If you're having problems with situations like this, it's probably because you're trying to do too much in a single Presto Logic rule.  Here's a method to break down your survey logically and identify all the conditions in which each question should be shown.

Step 1: List every question in the order in which they appear.  Using a spreadsheet helps, as does giving them numbers or some kind of shorthand (this doesn't need to be part of the survey text.

Here's the important part: for every question that isn't always shown, you will need a Presto Logic rule.

Step 3: for each question that needs a rule, specify exactly when it should appear, with reference to preceding questions:

Get it?  The rules "cascade" -- so in each rule, you only want to do as much as you need to do to get to the next step.

Step 4: for every unique "Shown when?", create a Presto Logic rule

Construct each rule as follows:: 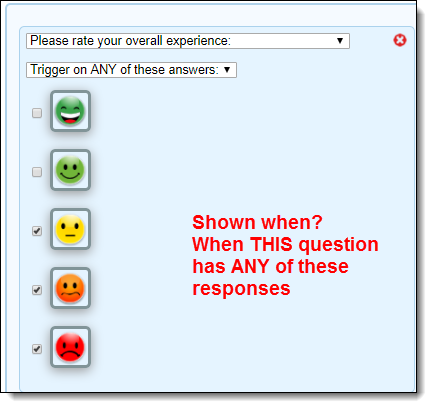 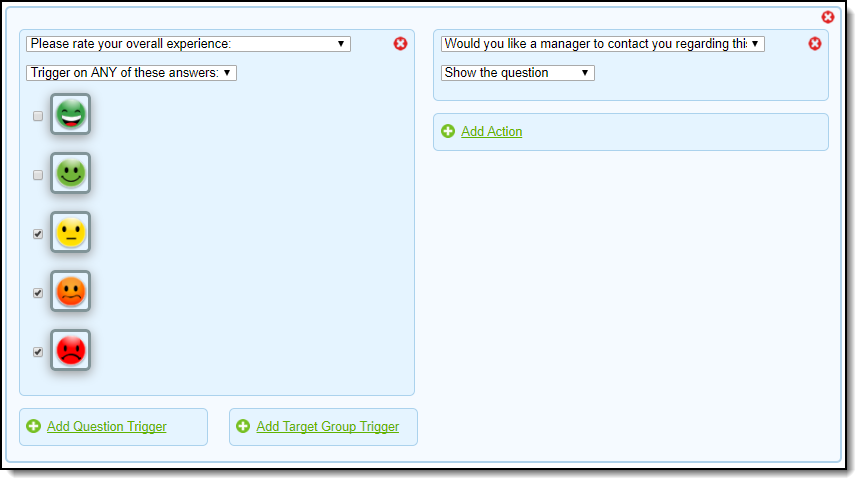 Now repeat this for all the other rules in the spreadsheet.  Most of the rules look quite similar, but two are different.  One rule (if "How should we contact you?" is answered "Phone") shows and requires you to show TWO questions instead of one:

...and, because we want to show question 7 when either question 4 or question 5, we'll make a rule with two question triggers instead of one:

Note: because the triggering questions above are text questions, we can't create a rule based on a specific answer -- all we can do is specify that they have some answer.

That's it!  You have now created cascading Presto Logic rules!

Did you find it helpful? Yes No

Send feedback
Sorry we couldn't be helpful. Help us improve this article with your feedback.